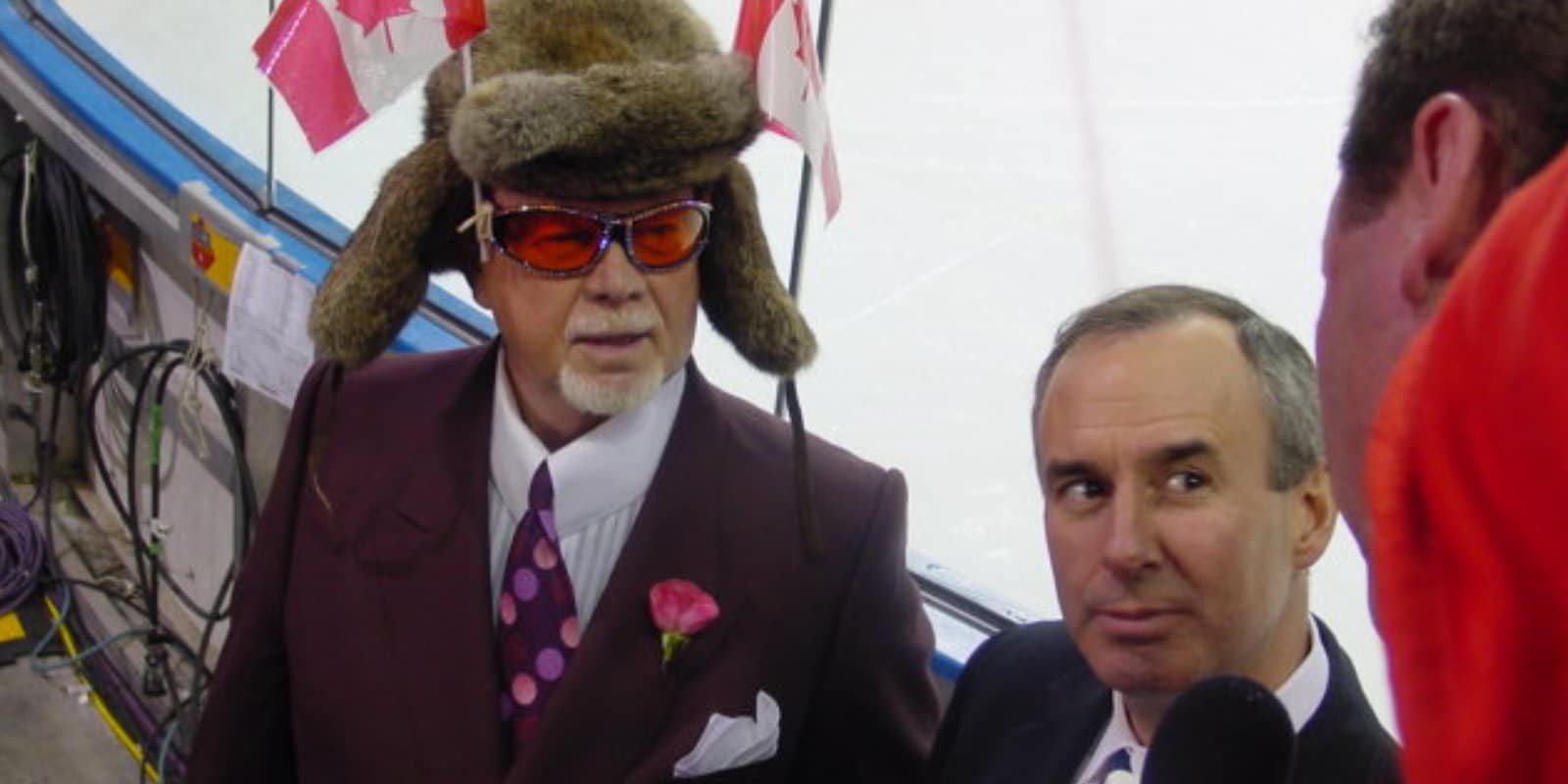 Left Populism: A review of an organized mobbing

I stopped watching Don Cherry’s “Coaches’ Corner” more than two decades ago. If I was watching a hockey game and his program came on, I would turn the television off. Mute was not good enough. I did not even want to see his image on my screen.

stopped watching Don Cherry’s “Coaches’ Corner” more than two decades ago. If I was watching a hockey game and his program came on, I would turn the television off. Mute was not good enough. I did not even want to see his image on my screen.

It was show business. Cherry played the role of opinionated jock right-winger and Ron MacLean played the “voice of moderation” with comments like: “You can’t really say all Québécois are whiners Don, and besides you shouldn’t be calling them Frenchies,” and “Did you notice how Alfredsson shook off that cross-check, Don? It just is not true that all Europeans are sissies.”

Many of us were not surprised that Cherry was fired for racist comments about immigrants. Then I heard MacLean’s scripted apology, and my internal crap detector started beeping. MacLean’s job over almost four decades of broadcasting was to detect and counter Cherry’s gross over-generalizations. If Cherry had made racist or even hurtful comments as MacLean claimed, why would he suddenly have failed to detect them? I considered that perhaps MacLean had not seen the racism in Cherry’s remarks because it wasn’t there. I dug deeper.

Cherry did not mention the world “immigrant” once according to transcripts of the rant. He said few people from Mississauga and no one from Toronto wore Remembrance Day poppies anymore. He then said, “You people, you love our way of life, you love our milk and honey, at least you can pay a couple bucks for a poppy or something like that.”

Was he talking about immigrants? Maybe. All people from Toronto came from somewhere else if you go back far enough into their ancestry. But even if he was talking about recent immigrants (which he denies), this would still not support a charge of racism without at least two further assumed inferences: 1) that Cherry was really talking about some visible minority race; and, 2) that he was saying that because of race these people do not buy poppies. If Cherry was simply trying to educate people or even new immigrants about Canada’s Remembrance Day tradition, that could not constitute racism.

Within two days the Canada Broadcast Standards Council was so inundated with complaints that their system went down. I knew from my experience as a left-wing organizer this result could only have come from a set campaign. Back in the 60s and 70s, activists would organize “phone trees” to mobilize hundreds of activists within a short time to participate in such things as letter writing campaigns and demonstrations. With internet and social media, the reach of such organizing can be extended thousands of times further. Organizers want activists who will respond quickly and reliably with a minimal amount of information. I doubt if half of those who called the Standards Council actually saw Cherry’s rant. And so he was fired.

Humanists will defend the right to freedom of speech for those with whom they disagree not just because we know that a failure to do so opens the door to totalitarianism, but because it is the right thing to do.

I would have liked to see Coach’s Corner scrapped a dozen years ago when the CBC decided not to renew MacLean’s contract, but the decision was not mine. They had built up a show that often had higher ratings than the game itself, but Cherry was the driver of that popularity. He used that status to argue on-air that MacLean’s contract should be renewed, and the CBC relented.

The owner of Hockey Night in Canada, Sportsnet, needed MacLean’s tearful apology to make the firing of his friend look virtuous, but I do not think MacLean was motivated just to keep his lucrative job. As the Ghomeshi case demonstrated, even those who win in court can still be made unemployable and effectively voiceless. For example, an editor who published an article Ghomeshi subsequently wrote was fired for doing so. I believe MacLean was attempting to avoid becoming such a non-person. As we saw with the example of our prime minister in the recent federal election, the cabal that enforces political correctness takes for itself the latitude to exempt its members. MacLean is probably safe for now.

In response to firings and “deplatformings” on university campuses by that cabal, the Ontario government passed legislation enforcing freedom of speech. Subsequently, the premier criticized York University for allowing pro-Palestinian demonstrators to protest an avowedly Zionist function. Of course, to the extent that the protestors were attempting to stop the event from happening or were attempting to prevent people from attending, they were infringing on the freedom of speech and freedom of assembly of others; however, the premier tweeted he was “disappointed that York University allowed for a hate-filled protest to take place.” That is exactly the language used by those on the opposite side of the political spectrum to support deplatformings in our universities and, increasingly, in our libraries. It is the suspension of freedom of speech on the basis of a loose definition on what constitutes “hate speech.” Freedom of speech for only those people you happen to agree with is not freedom of speech. Humanists need to turn this into a non-partisan issue.

Our concept of human rights is grounded in the culturally evolved notion of humans as volitional, constant, unique, reflective and social individuals capable of exercising those rights. Freedom of speech is essentially respecting the individual’s potential for volitional, unique and reflective ways of interacting within their social milieu. Freedom of speech is fundamental to our humanity subject only by those restrictions as may be narrowly defined by law. Of course, that is not the precise issue here. What was used was a populist political approach of appealing to the “will of the people” to force an established elite to fire someone. Here is the ultimate challenge to freedom: Corporations and individuals will choose to self-censure to avoid the possibility of such an organized social media mobbing.

The rights we insist on for ourselves should be the rights we demand for all. Humanists will defend the right to freedom of speech for those with whom they disagree not just because we know that a failure to do so opens the door to totalitarianism, but because it is the right thing to do. I hope to have advanced this ethic in this essay.