Freedom, High-day. High-day, Freedom! The Idea of Freedom in Shakespeare’s The Tempest

While many characters yearn for freedom from obedience to authority, and from obligations and the needs of others, in The Tempest freedom must be earned and deserved, and involves acceptance of responsibility.

While many characters yearn for freedom from obedience to authority, and from obligations and the needs of others, in The Tempest freedom must be earned and deserved, and involves acceptance of responsibility.

The idea of Freedom hangs in the air over the enchanted island throughout Shakespeare’s play The Tempest, as the various Islanders yearn for it, demand it, rejoice in it and abuse it.

In recent years, unsurprisingly, readings of the The Tempest have tended to focus on an anti-colonialist perspective, pointing out—as Caliban himself does— that Prospero has unjustly taken control over what was not his to take, the island inhabited only by Caliban and his mother, the witch Sycorax.

This island’s mine, by Sycorax my mother,
Which thou tak’st from me.  When thou cam’st first,
Thou strok’st me and made much of me, wouldst give me
Water with berries in it, and teach me how
To name the bigger light, and how the less,
That burn by day and night: and then I loved thee
And show’d thee all the qualities o’ th’isle.
The fresh springs, brine pits, barren place and fertile.
Curs’d be I that did so!  All the charms
Of Sycorax – toads, beetles, bats – light on you!
For I am all the subjects that you have,
Which first was mine own king: and here you sty me
In this hard rock, whiles you do keep from me
The rest o’the’island.

Prospero justifies this takeover, and the confinement and servitude he enforces upon Caliban, by pointing out that Caliban had attempted to rape young Miranda, Prospero’s daughter and the only other inhabitant of the island, and resisted all attempts by Prospero to teach him better behaviour.  Caliban is unrepentant, though resentful.

For all his pride and indignation with Prospero, Caliban is more than ready to make himself subservient to the two loutish sailors.

Caliban’s point of view and his gusto can win him some sympathy from reader or audience, but his limitations and his folly become increasingly evident after the arrival of two shipwrecked sailors, Trinculo and Stephano.  In a very funny scene, Caliban tries to hideunder his cloak from the sailors, but Trinculo, fearing rain and thinking Caliban is some kind of dead fish (“a very ancient and fish-like smell.  A kind of not-of-the-newest poor-John”) hides in turn under the cloak.  (“Misery acquaints a man with strange bedfellows.”)  Stephano, inebriated, mistakes the two under the cloak for a monster, and – after planning to take the monster back home to Naples and exhibit him profitably at the fair – gives him a drink from his bottle of liquor.  Somewhat reassured by the joyous reunion of Trinculo and Stephano, and even more by the inebriating effect of the liquor, Caliban marvels “these be fine things, an if they be not sprites./  That’s a brave god and bears celestial liquor: I will kneel to him.” (2,2)  For all his pride and indignation with Prospero, Caliban is more than ready to make himself subservient to the two loutish sailors: “I will kiss thy foot.  I prithee, be my god.”  Stephano is delighted at his subservience, but Trinculo sees that Caliban is “a most ridiculous monster, to make a wonder of a poor drunkard.”  Bearing the bottle on high, they march off, to Caliban’s chant of

(This trio would undoubtedly have joined happily in the trucker protests in Ottawa, and fitted right in.)

This scene of the drunken trio rejoicing in their apparent “freedom” and defiance of authority is followed immediately by a very different one, in which the young prince Ferdinand is doing some hard physical labour piling logs at the command of Prospero, and wins the sympathy and – shortly – love of Miranda.

There be some sports are painful, and their labour
Delight in them sets off: some kinds of baseness
Are nobly undergone, and most poor matters
Point to rich ends.  This my mean task
Would be as heavy to me as odious, but
The mistress which I serve quickens what’s dead
And makes my labours pleasures . . . .  (3,1)

Although he doesn’t really deserve his harsh treatment at the hand of Prospero, Ferdinand accepts it in order to win his respect and win Miranda.  In the language of a courtly Renaissance lover, Ferdinand describes the “bondage” he willingly undergoes:

I am in my condition
A prince, Miranda . . .
And would no more endure
This wooden slavery than to suffer
The flesh-fly blow my mouth.  Hear my soul speak:
The very instant that I saw you, did
My heart fly to your service, there resides
To make me slave to it, and for your sake
Am I this patient log-man.

Like the sailors in the previous scene, Ferdinand has been shipwrecked and believes himself the sole survivor, but has a very different attitude towards the local authority and towards labour.   Miranda, equally love-smitten – offers to do the work for him (or, at least, help), but he refuses her aid, and humbles himself to the commands of Prospero.  This willingness to obey makes him free, to love and to win Miranda.

The shipwreck with which The Tempest opens has brought to the island various Italian courtiers, some of whom had in the past conspired to deprive Prospero of his dukedom while the kindly old Gonzalo had managed to save the lives of Prospero and Miranda when they were driven out of Naples and set adrift.  Betrayal and the jockeying for political power are still evident among the group of courtiers, whose recent narrow escape from death at sea doesn’t deter them from continuing to conspire.  In the fairy-tale-like scenes late in the play, Prospero confronts his former friends, and enemies, revealing that the shipwreck has been at his contrivance, and that the King of Naples’ son, feared drowned, has survived and is now pledged to Prospero’s daughter.  Prospero has been in control during the shipwreck and afterwards, and his powers have foiled the murderous conspiracies against him (by Caliban and his cronies), and the King of Naples (by Antonio and Sebastian).  Harmony has been brought about, on the island now and in the near future for Naples and Milan, and this harmony is achieved through the benevolent exercise of rightful authority.  The authority of Prospero comes both from his hereditary right as Duke of Milan, and from his study – his magic.  In the powerful, though ambiguous final scene of The Tempest, Prospero gives up this magic power, or, rather, gives it to us.  In his last speech the magician addresses the audience, and acknowledges that it is we who have the power, through our imagination and willing suspension of disbelief, to both create the magic island and free its inhabitants from the spell of the story.

Now my charms are all o-erthrown,
And what strength I have’s mine own,
Which is most faint: now ‘tis true,
I must be here confined by you,
Or sent to Naples.  Let me not,
Since I have my dukedom got
And pardoned the deceiver, dwell
In this bare island by your spell.
But release me from my bands
With the help of your good hands:
Gentle breath of yours my sails
Must fill, or else my project fails,
Which was to please.

The power of theatre comes not only from the craft of the playwright, and skills of the actors, but from the willingness of the audience to go with the story, to accept the magic of the stage and to free the imagination to the power of the story.

Gwyneth Evans taught literature, theatre and Liberal Studies at what is now Vancouver Island University. Her PhD thesis was on the novels of John Cowper Powys, some of which are even longer than those of Tolstoy. 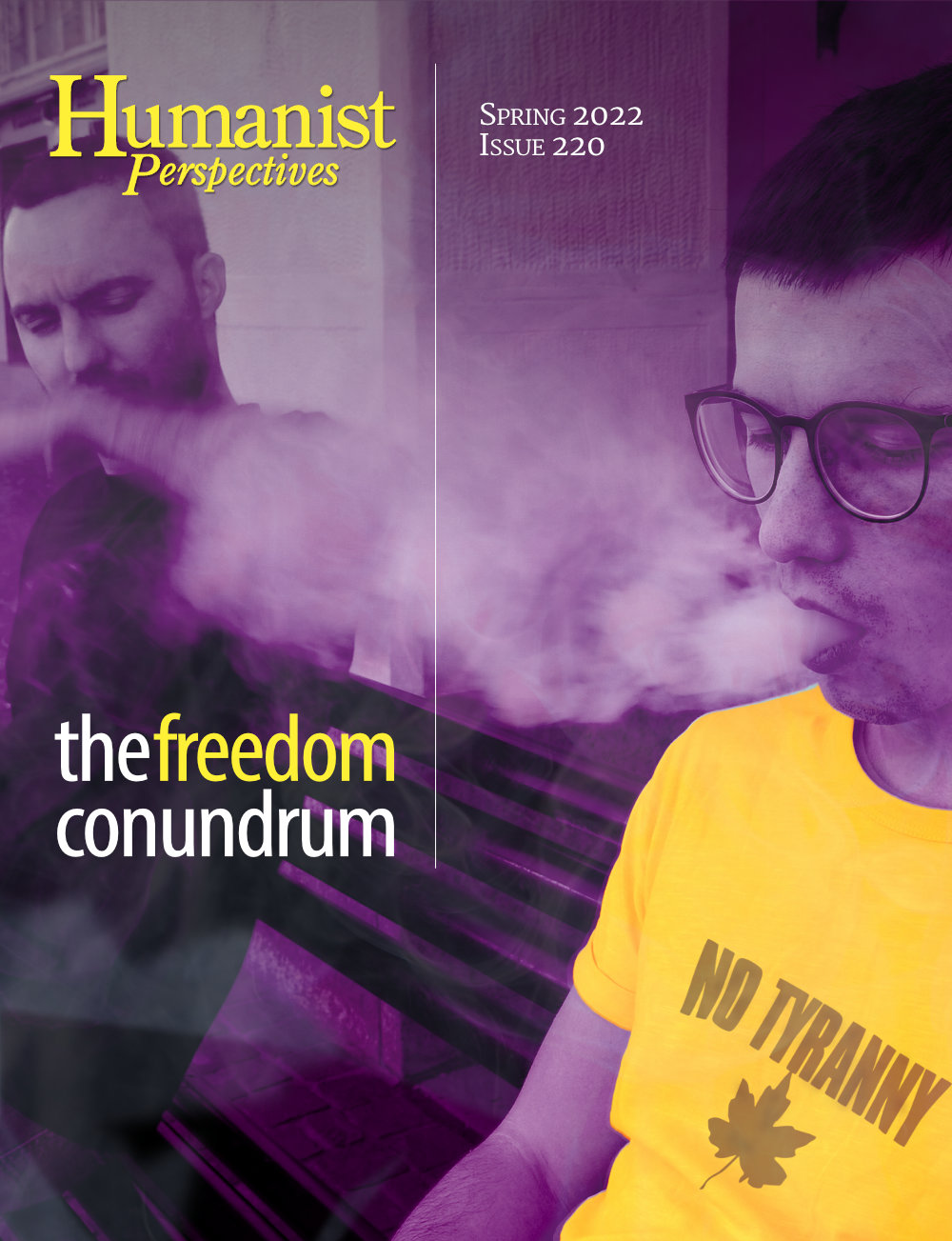