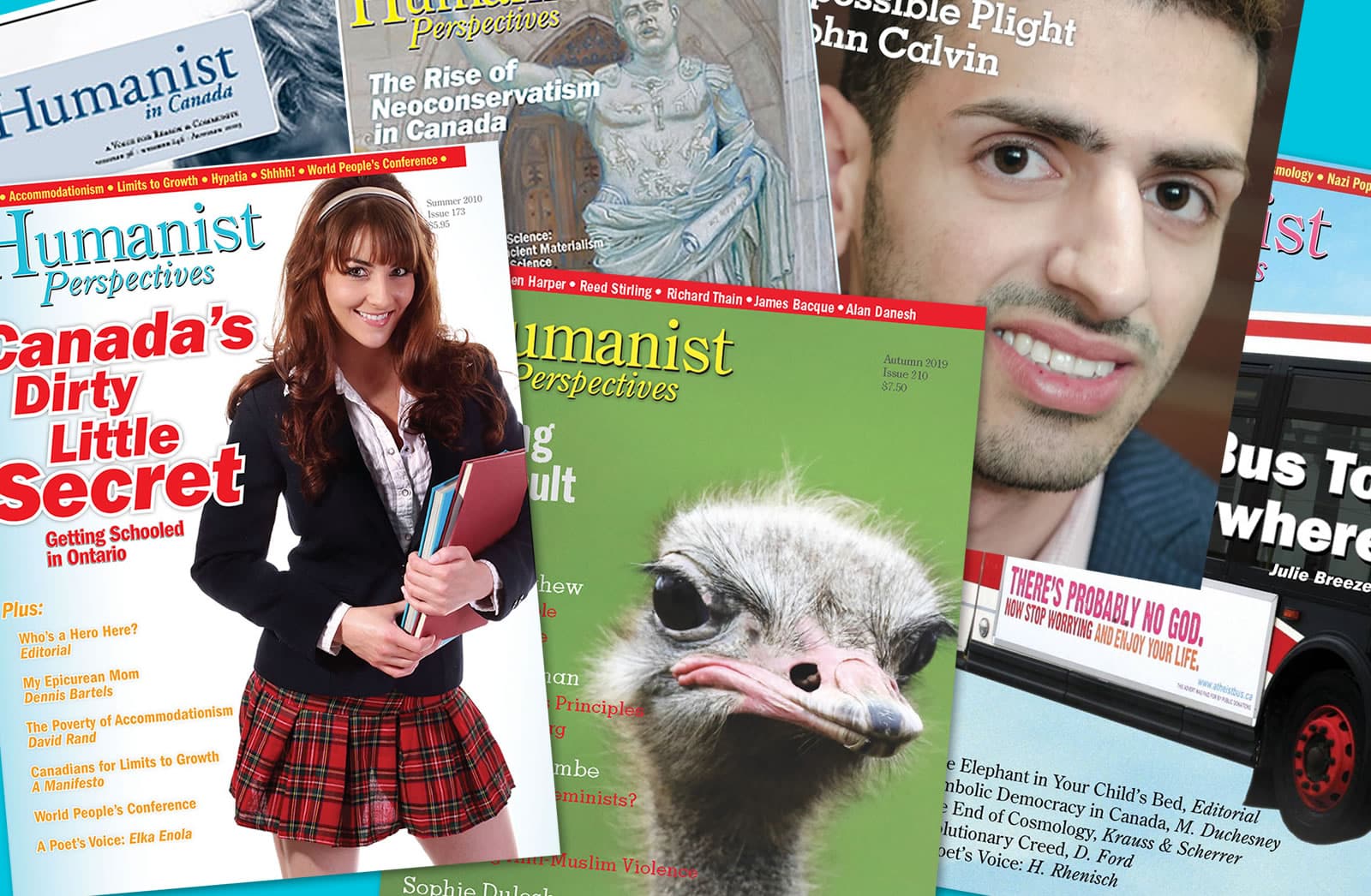 A Canadian Journal of Humanism

Humanist Perspectives seeks to promote the idea that human problems can best be solved by human beings, by relying on our intellectual, moral and social capabilities, free from notions of supernatural purpose or design, and affirming that human life has meaning in its own terms. We publish articles, poems, artworks and stories that reflect the ideas of modern humanism: the belief that the only world we have is the natural world. We examine social issues from a rational, ethical perspective, and we celebrate human freedom and achievement.

Humanist Perspectives features in-depth, well-reasoned discussions of important human issues. Our articles are designed for thoughtful readers, and are meant not as fleeting news stories but as reflective analysis. We hope our magazines will be kept and treasured as lively and interesting commentary of lasting value. Though the journal is Canadian, the primary content is not regional, and of equal interest internationally.

The 1952 Amsterdam Declaration was written by the founding members of the International Humanist and Ethical Union (IHEU), with Julian Huxley as first president. It was updated for the 50th Anniversary Congress, held in July 2002, and this revised statement of principles was passed unanimously by the General Assembly. It is reprinted here from International Humanist News, November 2002. There are about 90 member organizations in IHEU from around the world.

Humanism is the outcome of a long tradition of free thought that has inspired many of the world’s great thinkers and creative artists and gave rise to science itself. The fundamentals of modern Humanism are as follows:

Our primary task is to make human beings aware in the simplest terms of what Humanism can mean to them and what it commits them to. By utilizing free inquiry, the power of science and creative imagination for the furtherance of peace and in the service of compassion, we have confidence that we have the means to solve the problems that confront us all. We call upon all who share this conviction to associate themselves with us in this endeavour.

We thank the Government of Canada for financial support through the Canada Periodical Fund for the rebuilding of this website, and for the many free online articles we’ve had funding to post.